Special Events currently scheduled:
COMING  DECEMBER 31, 2022
East Coast New Year's Eve Event
We have decided we can resume having our East Coast New Year's Eve event this Dec 31.   A special evening movie, and then at 9 pm (East Coast midnight) we will ring in the New Year with champagne and desserts.   More details will be coming, including when tickets will go on sale.
Various previous events are listed below, for memory's sake. See also our Gallery 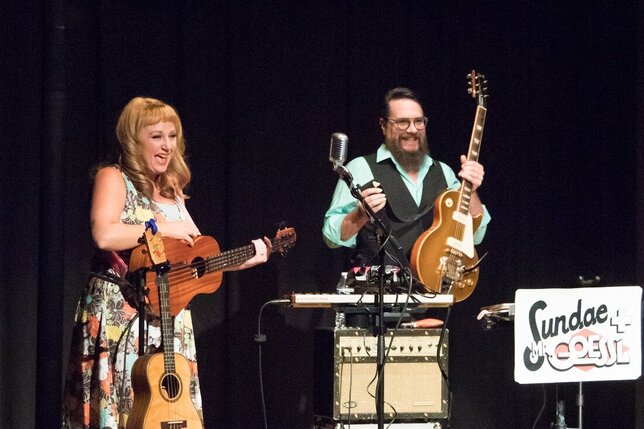 SUNDAE + MR. GOESSL  performed here on Aug 28, 2022
Photos are now online.
This nationally touring husband/wife duo has been storming the country with their delightful brand of entertainment, melding award-winning music with non-award winning comedy...
Their show, “Fun & Fancy”, is all in the title: banter, comedy, crowd engagement, and fun costumes mixed in with fancy music, multiple instruments and exciting arrangements giving the audience more than they bargained for with this charming duo.
Sundae + Mr. Goessl have been wowing audiences since 2014 with their home grown music/comedy act featuring velvet vocals, swingin’ guitar, ukulele, bass and melodica all from this talented (and highly trained) duet. With 1000’s of shows under their belt, this fantastic act has earned a fair share of well-deserved attention acquiring awards that some artists have taken decades to earn (including 2 Golden Ears from Earshot Magazine!). No matter your age or musical taste, this duo will keep you smiling and make you fall in love with music all over again.
This was their fifth performance here in Dayton. 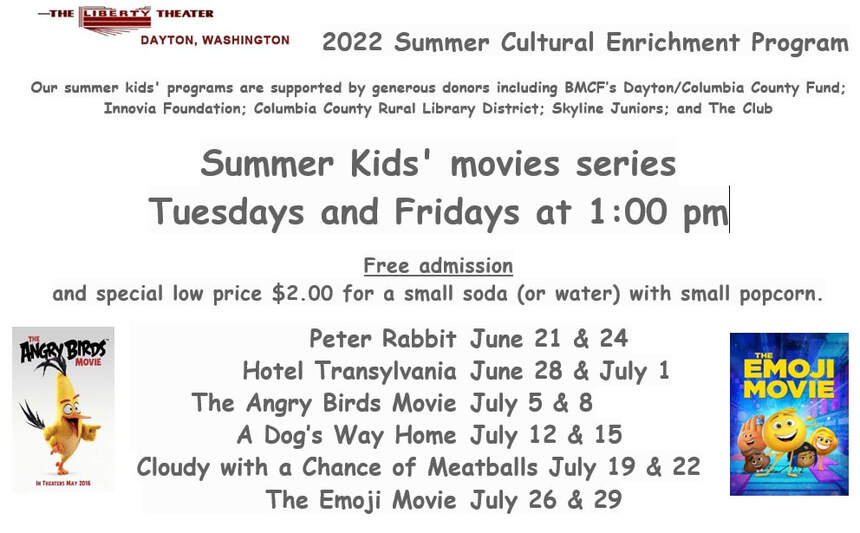 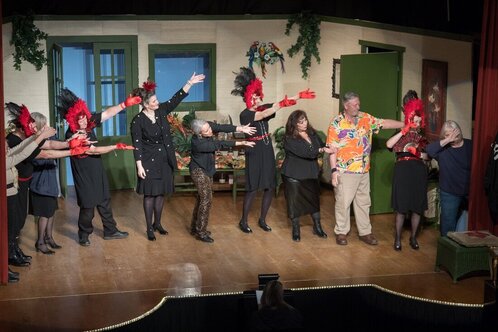 NANA DOES VEGAS
Live performance, a Comedy
​by Katherine DiSavino
was presented Jan 28-30, 2022
Directed by Bev Startin
“Nana Does Vegas” is presented by arrangement with Concord Theatricals on behalf of Samuel French, Inc. www.concordtheatricals.com

Photos from the Dan Luce events are now available online.
​ 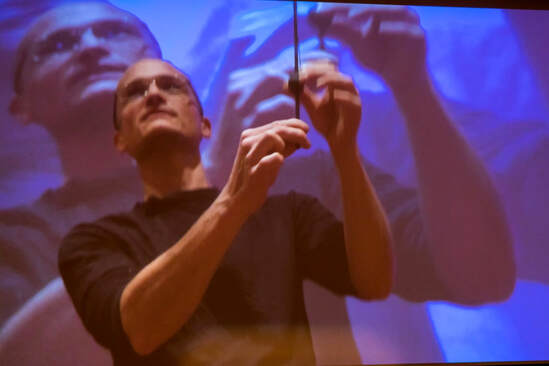 DAN LUCE        presented OCTOBER 6-9, 2021
Puppeteer, Musician, Interdisciplinary Artist
A Lecture Presentation and Demonstration
Click here to visit Dan's website
​
Dan Luce, who grew up in Dayton Washington, is a master puppeteer, music producer and interdisciplinary artist based in Portland, Oregon. Throughout 25+ years in puppetry, Dan has studied and performed internationally under the late German marionette master, Albrecht Roser and American marionette master, Phillip Huber (Oz the Great and Powerful, Being John Malkovich). He is a repeat alumnus of the National Puppetry Conference at the Eugene O’Neill Theatre Center. Dan worked for 13 years as a puppet designer and artisan fabricator for the world-renowned Michael Curry Design, where he collaborated regularly with clients including Disney, Cirque du Soleil, Universal Studios and Blue Man Group.
In late 2018, Dan launched his puppet-centric production company, Sacred Playplace Studios, where he continues to produce original works of puppetry, music and film from his home studios, often in collaboration with his wife, Tracy McFarland, and a close circle of artists, musicians and puppeteers.
Libby Miller, a professor of art history at Whitman College, is also a classically trained cellist and vocalist who grew up in a musical family in Brussels, Belgium.  She plays with the group Rogue Lobster, which  has played over 200 shows and released three full-length albums of original music.  Essentially bluegrass in their instrumentation, their style is a bit harder to pin down - ranging from traditional bluegrass to Americana and modern folk, with particular focus on three-part harmonies and instrumental leads.
Click here to hear Libby Miller 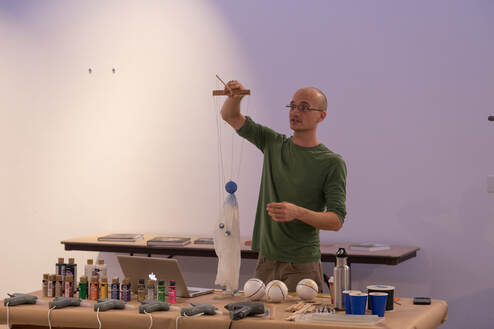