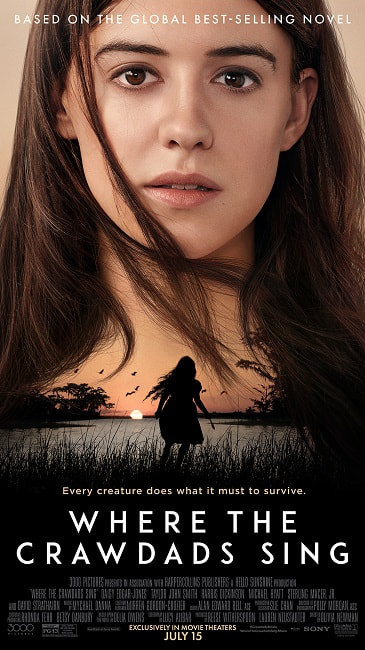 
From the best-selling novel comes a captivating mystery. Where the Crawdads Sing tells the story of Kya, an abandoned girl who raised herself to adulthood in the dangerous marshlands of North Carolina. For years, rumors of the “Marsh Girl” haunted Barkley Cove, isolating the sharp and resilient Kya from her community. Drawn to two young men from town, Kya opens herself to a new and startling world; but when one of them is found dead, she is immediately cast by the community as the main suspect. As the case unfolds, the verdict as to what actually happened becomes increasingly unclear, threatening to reveal the many secrets that lay within the marsh.

This nationally touring husband/wife duo has been storming the country with their delightful brand of entertainment, melding award-winning music with non-award winning comedy...

Their show, “Fun & Fancy”, is all in the title: banter, comedy, crowd engagement, and fun costumes mixed in with fancy music, multiple instruments and exciting arrangements giving the audience more than they bargained for with this charming duo.

Sundae + Mr. Goessl have been wowing audiences since 2014 with their home grown music/comedy act featuring velvet vocals, swingin’ guitar, ukulele, bass and melodica all from this talented (and highly trained) duet. With 1000’s of shows under their belt, this fantastic act has earned a fair share of well-deserved attention acquiring awards that some artists have taken decades to earn (including 2 Golden Ears from Earshot Magazine!). No matter your age or musical taste, this duo will keep you smiling and make you fall in love with music all over again.

They have been here before, and we are delighted to have them back! 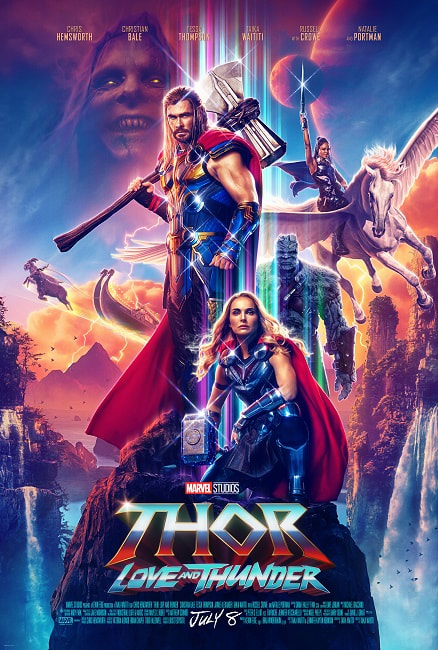 
The film finds Thor (Chris Hemsworth) on a journey unlike anything he’s ever faced – a quest for inner peace. But his retirement is interrupted by a galactic killer known as Gorr the God Butcher (Christian Bale), who seeks the extinction of the gods. To combat the threat, Thor enlists the help of King Valkyrie (Tessa Thompson), Korg (Taika Waititi) and ex-girlfriend Jane Foster (Natalie Portman), who – to Thor’s surprise – inexplicably wields his magical hammer, Mjolnir, as the Mighty Thor. Together, they embark upon a harrowing cosmic adventure to uncover the mystery of the God Butcher’s vengeance and stop him before it’s too late. Directed by Waititi (“Thor: Ragnarok,” “Jojo Rabbit”) and produced by Kevin Feige and Brad Winderbaum. 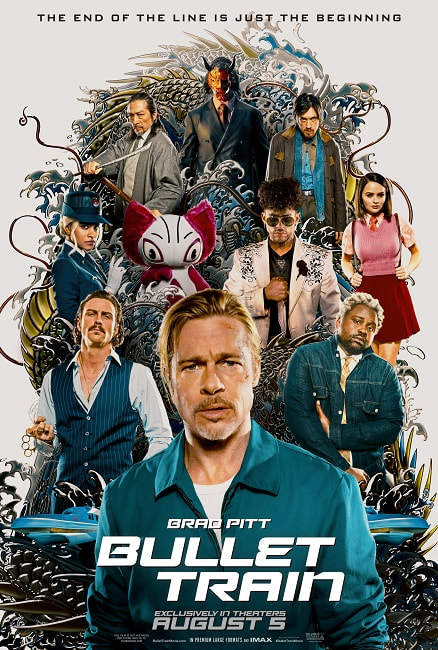 BULLET TRAIN
Tickets only at the door. We are stopping reserved movie seats.
SEPT 2 - 6

An original movie event, Bullet Train is a fun, delirious action-thriller from the director of Deadpool 2, David Leitch. Brad Pitt headlines an ensemble cast of eclectic, diverse assassins – all with connected yet conflicting objectives – set against the backdrop of a non-stop ride through modern-day Japan.

RATED R: (strong and bloody violence, pervasive language, and brief sexuality)
STUDIO   Sony Pictures (SON)
RELEASE DATE   08/05/2022
RUNTIME  126 mins (2 hrs.)
​
For indoor air quality, we have 2 large indoor HEPA air purifiers, and also installed a control to increase the amount of outside fresh air brought into the theater, up to 100% outside air, when the weather allows.
​We appreciate the support we have received from donors and our grant funding partners.

(The front row of the balcony is closed until we remodel)
For safety and insurance reasons, we do not allow anyone under 13 years old in the balcony without a parent.
​
Thrifty Tuesdays! (discounted tickets and small soda or popcorn.)